The lungs are paired organs that allow us to breathe, they compress and dilate occupying part of the thoracic cavity. Without them it would be impossible for us to live. 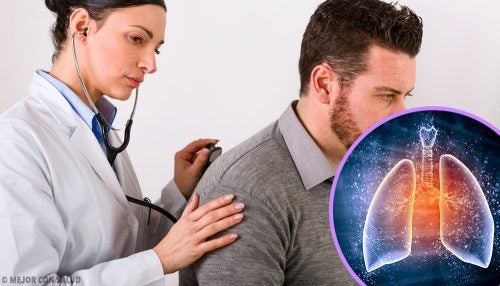 Breathing is living. Hence the importance of the lungs, one of the essential, most complex and sensitive organs of our body.

The lungs are two soft, spongy, elastic, and conical sacs  that are covered by a lubricated membrane called the pleura. This membrane is made up of two serous layers:

Despite its soft consistency, the lungs  have a high resistance that protects them  against tears and internal pressure.

Their size varies according to the movements of inspiration or expiration, and they have a capacity of approximately three and a half liters.

The lungs occupy much of our thoracic cavity.

Its location goes from the diaphragm to above the clavicles, enclosed by the ribs and they are separated by the mediastinum, which is a space that distances other thoracic organs.

Near the mediastinum is the pulmonary hilum, which is where the bronchi enter.

A main bronchus enters each lung, which divides into secondary bronchi, which in turn are divided into third-order bronchi.

From those they pass to the intersegmental, sub segmental, oblique, filling, lateral bronchi and ends with the intralobular bronchi.

This branching of bronchi is what is known as the bronchial tree.

It becomes one-third to one-sixth larger than the left lung, weighing about 600g.

In each lobe, the tertiary bronchi are supplied by a segment of tissue called the bronchopulmonary segment.

The right lung is made up of three lobes with their respective bronchopulmonary segments:

These lobes are separated by two fissures: oblique and horizontal.

Unlike the right, the left lung only has two lobes separated by the oblique fissure.

The color of the lungs changes as the body grows and develops. In the fetus, it appears dark red, but changes to a pinkish hue in a newborn.

As growth and use, as well as all the particles that enter the body, the lungs turn grayish-white as adults.

Functions of the lungs.

We can classify the functions into two categories:

Diseases that can affect the lungs.

It is estimated that we breathe about 25 thousand times a day, but that number can be affected by some disease that makes it difficult to breathe.

There are disorders and infections that can affect our lungs, especially by viruses that enter our body through breathing and reach the bloodstream, attacking the respiratory system.

These diseases include: the flu, pneumonia, tuberculosis, and asthma.

Lung problems are the main reason for visits to the doctor in industrialized countries due to pollution, bacteria and environmental changes.

It should be borne in mind that the body can develop lung cancer, which is due to various causes:

You have to go to the doctor for a check-up and diagnosis, in case you experience symptoms such as:

Treatment will depend on the type of cancer that is suffered, how advanced it is, size or location of the tumor. But among the common treatments are:

Given that they are vital organs for our health, we must know how to take care of them, keep them clean and free of pollutants.

Among some activities to do to have good health in our lungs are:

Armpit pain: what are its causes?

The rhythm of the heart can be disturbed by overwork