The Human Genome Project is an initiative of the international scientific community to completely decipher the genetic information of human beings. In this article we are going to tell you what it is about and its implications for health. 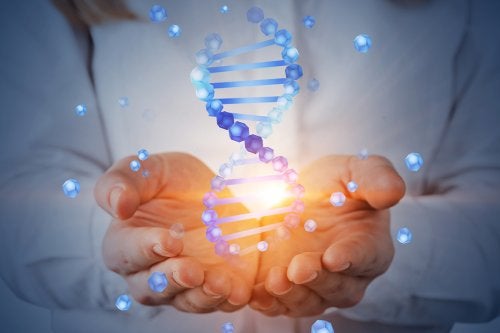 The human genome project began in 1990. It had an initial perspective of fifteen years, but before that, the information that was sought could be completed. In 2003 the group of researchers in charge declared that they had completely deciphered human genetic information.

The initiative could be classified as the largest investigation in history. The budget available and the number of different countries involved make it a unique historical event.

Through the formation of an international public consortium between the United States, Japan, China, France, the United Kingdom, Germany and other countries, the investigative lines were drawn. The initial budget base was $ 3 billion.

Along with the initiative and the scientific knowledge involved, the human genome project was made possible by the development of bioinformatics. Thanks to advances in the treatment of biological information through computers capable of assembling millions of data from DNA (deoxyribonucleic acid), it was possible to come to fruition.

In summary, the human genome project aimed to:

Repercussions of the human genome project.

Obtaining all the genetic information of our species represents very great repercussions for humanity, both scientifically and ethically. And we cannot underestimate the legal repercussions of possessing such information.

In scientific terms, the information in DNA is invaluable. The door is opened for the cure of diseases that were previously impossible to treat. There is even a space to think about prevention in genetic terms, acting before the onset of the disease.

From the ethical point of view, the question of genetic manipulation arises. If the human species knows all of its DNA information, then it is capable of modifying itself through artificial processes. The limits of the natural and the provoked are erased. It is a powerful knowledge to be used well and badly.

Finally, from the legal point of view, the legislative repercussion is interesting. Laws that regulate the use of information from the human genome project must be enacted. The DNA of each human being can be a reason for discrimination, since it is possible to know in advance who will have disabilities or alterations in the not too distant future.

The human genome project is shocking news for the medical world. The possibilities of influencing situations that were previously a mystery are fabulous. We will discuss the most relevant lines of application so far:

Various authors have warned since the beginning of the human genome project that it is a double-edged sword. It is both a marvel of scientific advancement and a bridge to evil individual and corporate practices.

Only in the United States has a large part of the project’s budget been dedicated to financing scientific studies on the ethical problems surrounding human genetics.  We can intuit, then, that the concern exists.

Knowing the totality of the genetic information of the human species and developing techniques for manipulation could establish a normality. That is to say, it could tend to define which human is normal according to the genetics and which human is not, even with the risk of declaring it a non-human.

Insurance companies could also access that information to deny coverage to a person who is genetically at higher risk of future illness. Or a job could be denied following the same logic. Even denying access to education on the premise that genetically such a child or youth will not be fit.

We are facing a new era that has inaugurated the world of genetics. Like all scientific advances before and now, clear rules are needed for its handling and a dose of humanity. The human genome project cannot become a business but, on the contrary, an opportunity to become more human.

The 6 best exercises to stimulate circulation in the legs

The pH of Urine, What Is It?

The inertia of sleep or why you wake up clumsily and in a bad...