Most of the time the tingling is due to a lack of irrigation in the area that causes our limbs to “sleep”. It can also indicate more serious ailments.

The tingling in the hands and legs are a series of abnormal sensations that in addition to generating discomfort, are also a cause for concern, since we do not know what may be behind it. 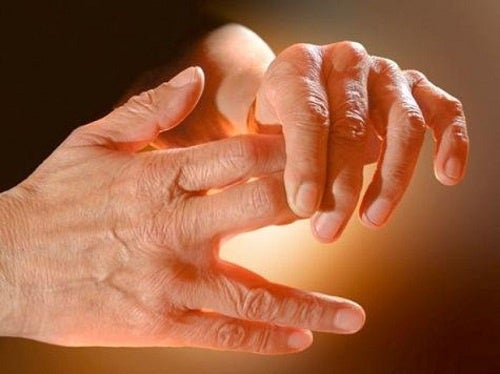 Although tingling usually occurs in various parts of the body, it is most often felt in the hands, feet, arms, or legs. At first, we can ignore it, but when it is felt frequently and without a specific reason, it may be indicating that something is not working well in our body, being a symptom of a disease.

Tingling can be the symptom of a mild and transitory problem (such as poor posture),  but it can also indicate that we are suffering from a more serious disease, for this reason it is important to see a doctor in case of feeling a frequent tingling sensation. Here are some of the common illnesses that are associated with tingling of the hands and legs.

Tingling can be one of the symptoms of so-called hypoesthesia, a loss of sensation, accompanied by this annoying sensation. If you have these two symptoms, you have to go to the doctor because it could be a symptom of something more serious.

When the person has circulatory problems, they  may sporadically feel tingling sensations. You can also have these sensations if you are suffering from fatigue or nervous exhaustion. If the tingling problem increases and becomes constant, it could indicate something more serious.

The Berger ‘s disease is commonly associated with the use of snuff; It occurs initially from pain caused by lack of blood flow, called claudication, in the hands or feet. The person feels a constant tingling and numbness in the hands, followed by the fingers or toes. This case is quite delicate, since if not treated it can lead to the development of gangrene.

The diabetes is one of the most common diseases today, which occurs when levels of blood sugar increase.

Tingling is a typical symptom of this disease, as there may be insufficient blood flow that can later make the person feel that annoying tingling sensation in their legs and feet. This symptom may be indicating ulcers, which must be treated in time to avoid the formation of gangrene.

Numbness and tingling of the hands and legs is one of the first symptoms to appear in those with multiple sclerosis. This disease can also include a burning sensation and increased sensitivity. These types of sensations are produced by insufficient blood flow in these affected areas and problems in the nervous system.

Acute inflammatory demyelinating polyneuropathy, or AIDP (acronym in English), is one of those rare and quite rare diseases, which prevents the nerves from sending signals to the muscles in the body. Tingling is a symptom of this disease, generally occurring in the feet and legs, although as time passes it also spreads through the arms and hands.

The tingling in the extremities that many generally feel at night can also be associated with a disorder called restless leg syndrome . It is one of its common symptoms, although it is not the only one.

Those who suffer from it may also feel pain, cramps and itching, accompanied by insomnia problems because they tend to be worse at night. This syndrome can be caused by anemia, kidney failure, or peripheral neuropathies, although an exact cause is not known.

Other causes of tingling in the hands and legs.

What are the causes of cramps and what to do to treat them?

Stiff neck: some causes and treatments

The inertia of sleep or why you wake up clumsily and in a bad...

The human being as a superorganism